The creation of citizenship registers in Parliament appeared to be the end of the dual citizenship saga. But, the last few weeks, with a new case of dual citizenship in the Federal Parliament, Labor MP, Susan Lamb, has been reported, reopening one of the most controversial chapters of the Australian politics in recent years. 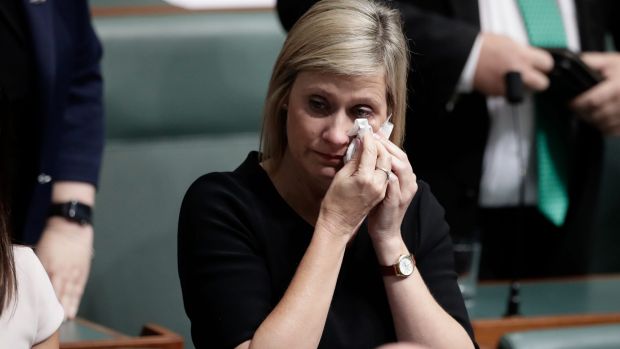 Last year, on October 27th, the High Court of Australia ruled on the cases of MPs who were involved in the dual citizenship saga. The dual citizenship cross-party scandal involved seven Members of the Parliament who had been elected in the 2016 election. These representatives were suspected to be citizens of two countries. For this reason, they were referred to the High Court of Australia to interpret the Australian Constitution about their allegiance and eligibility.

According to Section 44(i) of the Australian Constitution, any individual who “Is under any acknowledgement of allegiance, obedience, or adherence to a foreign power, or is a subject or a citizen or entitled to the rights or privileges of a subject or citizen of a foreign power” cannot be elected to sit in the Senate or in the House of Representatives.

Through its decision, the High Court re-affirmed the principle of loyalty to one country the Australian Constitution defends and values in regards to the political representation in Parliament. The High Court applied the Constitution literally to the cases of the seven MPs, disqualifying five of them who were, in fact, citizens of another country. According to the judges of the High Court: “stability requires certainty … that from the date of nomination, a candidate for election is indeed capable of being chosen to serve, and of serving in the Commonwealth Parliament”. In other words, candidates need to meet the criteria to be eligible to sit in parliament, including being citizens of Australia only.

Political parties, scholars, and personalities involved in the saga were eagerly waiting for the High Court’s interpretation of the Constitution. Many were hoping for a less conservative interpretation of the Constitution that would have opened new scenarios on many aspects related to dual citizenship, including the issue of the active and passive electorate in Australia (the possibility to elect and be elected). Based on the Constitution and the High Court’s interpretation, there are significant limitations of the passive electorate of the country and only a specific group of the population (those with only Australian citizenship) can run for a seat in the Federal Parliament.

Considering the composition of the Australian population and the long history of immigration, most Australian citizens hold multiple nationalities. By not allowing citizens of other countries to sit in the Australian Parliament, the Constitution puts significant restrictions on the passive electorate at the Federal level. Interestingly enough, this rule does not apply to State Parliaments.

The decision of the High Court has reaffirmed the importance of the principle of loyalty amongst members of Federal institutions and the empirical manifestation of this loyalty is represented by having one citizenship only: Australian citizenship.  However, while Australia continues to maintain a conservative approach towards citizenship requirements for Federal MPs, other countries with similar histories of immigration do not put any limitations on the passive electorate of their states, including Canada, New Zealand, and the USA.

Moreover, the countries of origin of many immigrants who relocated to Australia and elsewhere, have implemented policies to extend citizenship rights to their citizens and their descendants living in foreign countries. For instance, one of the Senators, Matt Canavan, who was involved in the dual citizenship scandal because of his suspected Italian citizenship. Italy has one of the most generous citizenship policies as a result of a long history of emigration. The country has, in fact, a significant presence of Italian citizens and descendants in Australia. Other European countries have also implemented similar policies affecting the citizenship status of many Australians who, sometimes, are not even aware of their eligibility to hold another nationality.

The decision of the Court has also reinforced the principle that ignorance is not an excuse and it should be candidates’ responsibility to check their citizenship status before running for a seat in Parliament. This decision has also put a lot of pressure on political parties and their image, considering that political parties do not run a background check on their candidates.

While more cases of MPs with dual citizenship have been reported after the High Court ruling, last November the Senate agreed to create a citizenship register to collect declarations from Senators regarding their citizenship and their background to tackle this issue. Later in December, the House of Representatives created a similar citizenship register. In the meantime, since October, nine MPs have officially resigned, and others have referred themselves to the High Court to assess their eligibility.

After the decision of the High Court, proposals have been put forward, including whether Australians should vote in a Constitutional referendum to remove Section 44(i) to remove any limitations on representatives in Federal Parliament. However, these proposals did not find the support of the current government.

The recent events that consumed Australia in relation to the dual citizenship issue pose important questions for the democratic principles of participation and inclusion. According to the Australian Constitution, part of the population will never be allowed to run for the Federal parliament because they are citizens of another country and, therefore, considered a potential threat because they are citizens of foreign powers. This principle might appear undemocratic considering the composition of the Australian population.

Moreover, the dual citizenship saga has raised more critical questions about the identity of a country that on paper, represents one of the most successful examples of multiculturalism. It is evident, however, that from the perspective of the Australian Constitution and the federal political representation, multiculturalism is not perceived to be of value.