Representation by numbers: A statistical approach to political biography

The inner workings of democratic politics are often communicated through the narrative literary device – placing character, intrigue and dramatic flourish at the centre of political investigation. Political biography makes democratic processes fascinating and memorable in such a way that is accessible and helps us to answer a question of vital importance: who governs and why? 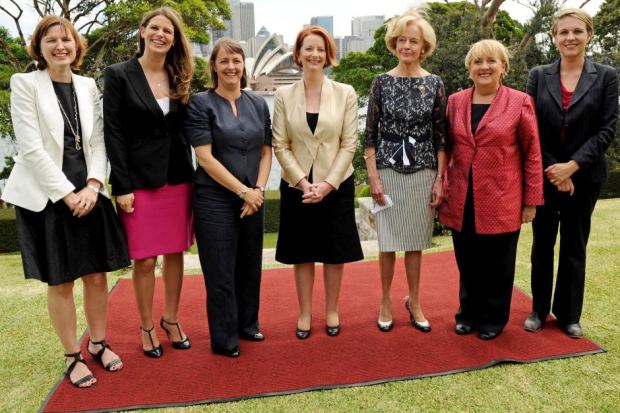 Contained within most of these narratives, however, is a clue to why politics often needs to be dramatized to make it stick. Politics, to the politicians, is a numbers game. David Marr put it baldly in his Quarterly Essay on the current ALP leader Bill Shorten: “Bill was just the best recruiter there has ever been. ‘You must recruit, recruit, recruit,’ he would say. ‘The numbers are everything.’” (Aaron Patrick quoted in Marr, 2015, p.11).

Democracy’s principle advantage — that the fine line between success and failure depends so absolutely on the majority vote — is also one of its failings in terms of public perception. The pursuit of the numbers is regularly brutal, impersonal, and sometimes laughably trivial.

But the fact that democratic politics in Australia (as it is elsewhere) is “relentlessly driven by the iron laws of arithmetic” (Howard, 2010, p.600) should never be far from a reasoned explanation for political behaviour. The computers in offices of representatives across Australia are stacked with data — often in spreadsheets — informing parliamentarians on the population characteristics of their electorates, the latest internal polling information, and the level of personal support they can depend upon in caucus.

The view that these numbers are too dry or simply inappropriate for answering the question ‘who governs and why’ is certainly true to the extent that we are interested in a single politician. A purely numerical explanation of a single political career leaves us in the dark about the various contextual nuances and personal qualities that brought votes and therefore power to one person (and it certainly doesn’t sell many books).

Where a numerical explanation of political careers succeeds, however, is in its ability to zoom out taking into account as many political lives as possible. With statistics, we can answer broader questions about the nature of political careers, the types of people who become politicians, and how those things change over time.

The codifying of existing biographical information on politicians held in archives and almanacs such as the Australian Parliamentary Handbook allows us to examine a large variety of different indices about the kinds of people that are elected to parliament and also those who go on to rule the country. These include age, sex, education, previous careers, types of prior political experience and military service, among others.

Included in this blog post is just one data driven story of how political representation in Australia has changed over the past 40 years; it answers an important question of who governs, and gives a fairly clear answer as to why.

Female numeric representation as a whole has risen markedly since the 1970s, before which women came and went occasionally, and in scarce numbers.

The Hawke and later Keating governments began to bring women to the House in numbers above single figures for the first time. Starting from a low base of between 5 to 10 per cent, the ALP leadership gave women ministerial portfolios closely proportional to their numbers in the House.

From 1996-2007, successive Howard governments made sizeable step-change increases in the House of Representatives and by 2004 the percentage of female MHRs hit 25%, a figure roughly similar to the percentage of female MHRs today (29%). However, the Howard government did not increase female ministerial appointments to match the increase in numbers in the House. Representation of women in the ministry suffered increasingly large deficits as that government went on.

Labor’s Rudd and later Gillard ministries improved on the Coalition’s unwillingness to promote women. Julia Gillard’s prime ministership saw women over represented (though still making up less than 30% of the ministry itself), representing the highest ever level of female representation in the ministry.

However, this peak was soon to be met with a profound trough. That Tony Abbott had a problem with recruiting and promoting women to positions of authority is certainly no surprise – his first ministry was roundly criticised in the media. In fact, it was the least representative Cabinet in Australian history when accounting for the number of women elected to Parliament.

The argument placing the notion of merit in selecting women to the ministry over gender based quotas, long held by the Liberal Party as a modus operandi, might have been justified if there were periods of parity in selecting women to the frontbench. If one assumes (as one should) that talent is split 50/50 between the sexes, then merit should not be a barrier to female representation.

There is in fact only one point in time where women were over-represented in a Coalition ministry relative to their numbers in the House. But we have to go back to 1949 when Enid Lyons – wife of former Prime Minister Joseph Lyons – sat in the Cabinet with a ceremonial portfolio: Vice-President of the Executive Council.

Rightly, Lyons is celebrated for being Australia’s first female cabinet minister. The fact that she still represents something of a record for the Coalition (their best showing in terms of gender representation as a proportion in the ministry) is a rather sobering thought.

In short, the story of female representation and empowerment in Australian federal politics falls clearly along party lines. Women govern, largely because of Labor and in spite of the Coalition. Note that in absolute terms, the gender gap in the House is still more than 20 percentage points from parity. In order to stay relevant as gender parity inches closer, the Liberal Party must make lasting institutional reforms to improve recruitment and promotion.

Malcolm Turnbull’s recent actions to make his ministry more representative of his caucus are first steps. Failures to improve the gender balance in the Liberal’s party room at the last election, however, suggest that a simple change of leader may not be a sufficient solution to the problem.

Patrick Leslie is a PhD candidate at the University of Essex

← Tories, television and the drivers of party change
Strange Bedfellows? The ideological migration of UKIP voters to Labour in the 2017 General Election →