Thirteen months ago I forecast that ‘Cameron returns now to 10 Downing Street for a maximum stay of three years, but it will be a rocky road ahead’. His reduction to another failed UK premier in barely a third of this time was entirely of his own doing. The Brexit referendum fix that he conjured to get his party through the general election without UKIP winning seats worked perfectly, at first. With 13 per cent of the votes, under first past the post elections, Farrage’s party got not a single new MP, and Cameron scraped an overall, completely artificial majority. 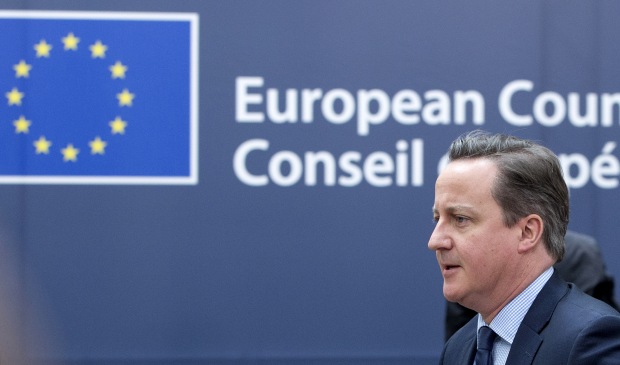 But the moving finger of history always moves on, and the fix that won the election (plus some other underhand fixes, like ‘English votes for English laws’ (EVEL) left Cameron largely friendless and exposed in the referendum contest. He had only lukewarm Labour support for fending off an enormous Brexit momentum. Anti-foreigner sentiment was stirred up by the EU’s huge difficulties on immigration and asylum seekers and refugees, which were partly created by Cameron’s ill-judged interventions in Libya (flooding north Africa with cheap arms) and Syria.

Cameron’s apparent dream was to be ultimate ‘just enough’ political leader, the person:

David Cameron never in his life won big. And he never delivered ‘clear blue water’ to his right wingers – but he had a trick for doing the needful. In calling the Brexit referendum, he clearly planned that his career was to be rounded off by saving the UK’s membership of the EU in 2016, and fixing the issue for at least a decade. He would then have retired in 2018 or even 2019, his place in history secured, his reputation intact, and with his right hand man, George Osborne, having a good chance of following him into Number 10. That would have made Cameron the first British Prime Minister since Stanley Baldwin in 1935 not to leave office broken by ill health, or humiliating electoral defeat, or the destruction of their reputation as a leader.

That scenario ended instead with a Remain deficit of some 1.4 million votes (out of 33 million), and Cameron’s tearful declaration in Downing Street on 24 June. The fix that kept UKIP out of Parliament, unable to argue the EU exit case in any detail, and unforced to make clear their position on all other issues, finally unravelled – as quick fixes always will.

A lethal combination for Cameron of UK-nationalist sentimentalism (especially amongst older people), serious ethnic resentments, widening inequalities worsened by years of austerity budgets, and rejection of elites and ‘experts’, all combined in an upswelling of partly utopian and partly chauvinist-tinged populism. ‘Smile at us, pay us, pass us, but do not quite forget’, wrote G.K. Chesterton, ‘We are the people of England that never have spoken yet’.

In the referendum format, every vote finally counted fairly across the UK – but in a way that has left Britain split down the middle, and with very mixed effects for democratic processes. Majority rule is indeed oneessence of democracy, but only when it is also combined with respect for human rights and civil liberties, and a consistent push towards deliberative democracy, taking account of the divergent views so as to seek a strong consensus that goes beyond narrow majoritarianism.

Matched against these criteria, the Brexit outcome has many deeply coercive features. As it stands now, if the ‘independence day’ message of the campaign were ever to be implemented, then in every group of 50 British citizens, the majority 26 are forcibly compelling the minority 24 to completely give up their European citizenship – along with their existing rights to move themselves, their families or their capital across EU boundaries freely, and the ability to pass on these rights to their children in turn.

Now, of course, the UK will have to renegotiate its terms of separation from the EU. And in this process the new government (probably lead by Boris Johnson) will inevitably enact some deliberative amelioration of the blankly coercive character of the decision as it stands now. The UK’s apparent ‘sovereignty’ will be symbolically reasserted, but the ‘dictatorship of the majority’ will end up being qualified in many ways. Immigration from the EU can only be controlled if UK citizens’ access to Europe is equivalently limited. The mirage of a rejuvenated Britain suddenly outperforming its historic slide down the world economic and export rankings will also quickly fade. Yet in the process, the utopian anti-elitism of the Brexit backlash will inevitably be thwarted.

So the disappointments inherent in the Brexit campaign’s disdain for realism, and the UK press media’s toxic modes of operating, will create new tensions as these constraints bite. Perhaps Johnson alone, but certainly no other potential Conservative leader, has the personal charisma to ride these turbulent waves ahead, for a while. UKIP may well soon breakthrough at a weakened Labour’s expense, remade as the standard-issue, European-style anti-foreigner far-right party that Farrage has already threatened.

Conservative and Labour MPs are still alike convinced that they can ride out the forces at play in Britain’s politics with the aid of quick fixes. Yet this is where we came in, with ‘cunning plans’ (in the spirit of Blackadder) that win a month’s or a year’s or a decade’s grace for the unrepresentative oligopoly at Westminster, only to collapse spectacularly – as with Labour’s 2015 rout in Scotland and now Cameron’s demise. Both seem to exemplify (yet again) Nietzche’s dictum that ‘Power makes stupid’.

So to the 150,000 (mostly pro-Brexit) Conservative activists who will now select the next PM, a Johnson premiership might look like an easy passport to eight more years of Tory government. But the price could yet be the break-up of the UK as Scotland (at last) exits, and Northern Ireland edges further into a condominium statelet with dual citizenship. At the same time, directly as a result of the Brexit outcome, the political stability of Europe as a whole may worsen and further populist movements may accentuate from within the serious and looming threats to liberal democracies from without. It’s quite a legacy that Cameron leaves behind.

The only long-term cure for the UK is to structurally reform voting for Westminster in ways that no longer severely distort the relationship of votes to seats, and so that Parliament can become the effective deliberative democracy forum that it so clearly is not now. Instead our constitutional arrangements must accurately reflect our underlying five or six party system with unbiased representation in the Commons. That won’t happen in the foreseeable future – but I’m sure that Boris Johnson will have a brilliant wheeze to propose instead.

Patrick Dunleavy is Chair of the LSE Public Policy Group, and a Professor of Political Science at the LSE and a Centenary Professor at the University of Canberra.

This article first appeared on the LSE British Politics and Policy blog, and can be found here and was republished by our partners The Policy Space

← Road to Rome: The organisational and political success of the M5S
The Chance of a Dangerous Adventure →